Mercy Medical Center—Sioux City has begun hashing out the details of its new, stepped-up involvement in the Siouxland Surgery Center in Dakota Dunes. Mercy announced in July that it had aligned with United Surgical Partners International (USPI) to jointly acquire majority ownership of the Surgery Center in which it has been a partner for twenty years.

"In line with Mercy Health Network's (MHN) central mission, this move allows us to deliver an even higher-quality patient experience, and in ways unprecedented in this market," says Mercy CEO James FitzPatrick.

The 40-bed Siouxland Surgery Center is one of only 30 multi-specialty physician-owned surgical hospitals in the US and its staff comprises more than 130 of the area’s primary care and specialist physicians. Mercy has been a partner in the facility since it was started by physicians of the CNOS Clinic in 1994. Mercy’s partnership with USPI, a company that manages more than 215 surgical centers around the country, gives the two 51 percent ownership. 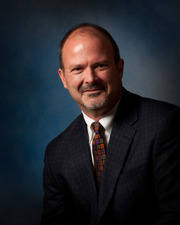 of the physicians of SSC to the health care of the Siouxland Community," says SSC President, Dr. Ralph Reeder, a CNOS neurosurgeon.

Greg Hagood, Senior Managing Director of SOLIC Capital Advisors, the financial advisory firm that worked with the Surgery Center’s physician owners to broker the deal, says it is an example of a nationwide trend brought on by recent changes in healthcare.

“The first is changing reimbursement, which is a particular challenge for community hospitals,” says Hagood. “They are 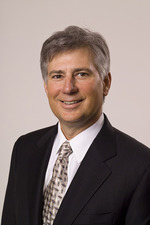 dependent on independent providers to coordinate care, yet their reimbursement is being held hostage. The second is physician employment patterns; it is easier to recruit physicians if you own several hospitals.”

The new arrangement, which Hagood says took a year to negotiate, ensures that Siouxland Surgery Center won’t be excluded from Mercy Health System’s managing care contracting. For its part, Mercy has pledged to invest more than $100 million in improvements to surrounding facilities, innovation, and technology in the area, which may include new services.